Kevin Price Releases New Report: The US in Crisis

Kevin Price has released a new report made up of four articles by he has written,  Price, an award winning journalist and Host of the Price of Business and Publisher of US Daily Review.  In his report he focuses on the state of the United States economy.  The one thread seen throughout these report is that the government seems to be purposefully undermining the US economy and creating crisis.  This is not done in a conspiratorial manner, but as an overt form of public policy as seen in remarks by the former White House Chief of Staff Rahm Emanuel, current Attorney General Eric Holder, and former US Senator Christopher Dodd. 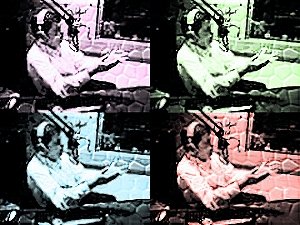 In the first two articles that follow, Price defines what he calls “Obama’s Domestic Doctrine.”  This doctrine seems to drive the entire public policy process of the Obama Administration.  In a country like the United States it is impossible to go from normalcy to the type of absolutism this government seems to be pursuing. In spite of Benjamin Franklin’s warning that “He who sacrifices freedom for security deserves neither,” it appears there are plenty of Americans willing to make that trade. It also seems everything the Administration addresses turns into chaos and that is typically addressed with control – the ultimate objective of the Obama government.

We see crisis in virtually every area of the economy and now (as article three points out), inflation has become an overt policy of the federal government, designed to “encourage” people to spend more and to do it quickly while their money still “has value.”  It has not worked in the past and promises to only create chaos today.

In the fourth article Price addresses what he calls the “monetary tax.”  He argues this should be the real name for inflation. The people see inflation as little more than “high prices” and fail to see the real damage that comes from it.  In this piece he clearly shows what inflation is and how people should fight it both politically and personally.

Receive your free copy of Kevin Price’s report by emailing him at info@USABusinessRadio.com and put “monetary tax” in the subject line. To keep up with Kevin’s articles and activities subscribe to his ezine at the Price of Business website.

Kevin Price spoke this week about the US economy and the need for a serious shift in the direction of the country at a Sugar Land Tea Party luncheon. “America is in serious trouble,” he told the group, “and the 2012 election may be the most important in our nation’s history.”  In his speech Price focused on the state of the Congress, the terrible monetary policy of the government today, and what we are possibly going to lose if we do not quickly change directions.  To get a copy of a free report that he is making available to guests of the event, email info@usabusinessradio.com and write “special report” in the status. 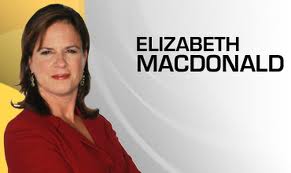 US Daily Review is growing quickly with well over 100 comments and 150 articles in just a few weeks.  This Sunday, September 11, 2011 the website will have several articles reviewing different perspectives of the tenth anniversary of this important date.  A special “Across the Pond” perspective will be included (Daniel Jamieson, Senior Editor), an economic view from Kevin Price, and much more.

Also, on Monday Kevin Price will be talking more about changes have taken place due to the impact of September 11th on the Price of Business program, 8 pm CST..  His guests will include Liz MacDonald of the Fox Business network as well as  many others.  Make sure you tune in for this special program.